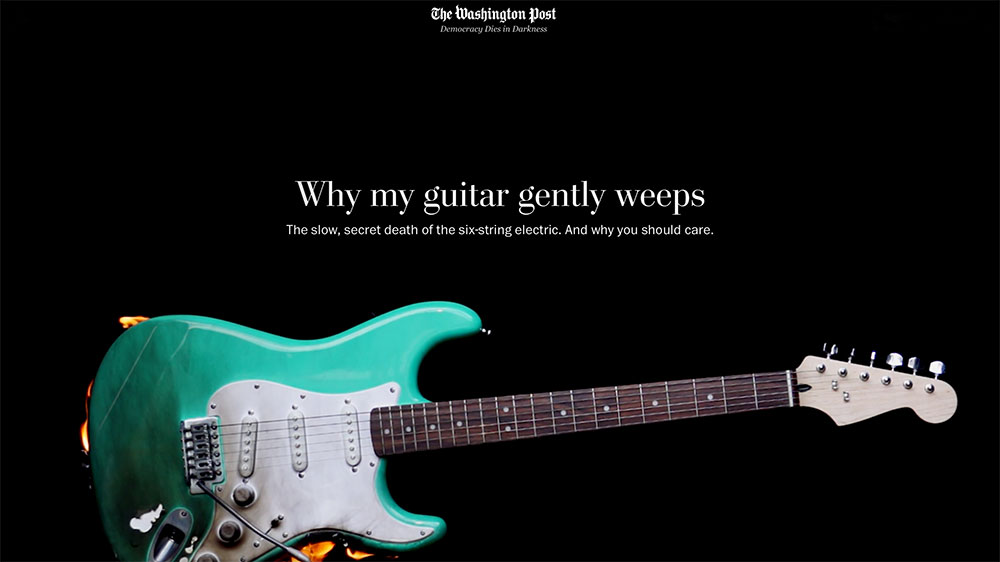 Why My Guitar Gently Weeps

“In the past decade, electric guitar sales have plummeted, from about 1.5 million sold annually to just over 1 million. The two biggest companies, Gibson and Fender, are in debt, and a third, PRS Guitars, had to cut staff and expand production of cheaper guitars. In April, Moody’s downgraded Guitar Center, the largest chain retailer, as it faces $1.6 billion in debt. And at Sweetwater.com, the online retailer, a brand-new, interest-free Fender can be had for as little as $8 a month.” READ THE ARTICLE

Ava DuVernay On Netflix’s Democracy in the Film Industry

Courtesy of Getty Images Ava DuVernay, a trail-blazing filmmaker and founder of the Array collective who produced Netflix's

“Rock the Vote!” A Youth Voting Movement and the Music Industry

Courtesy of Bleeding Cool The movie-making engine of WarnerMedia is getting overhauled. "Warner Max, the feature arm of HBO