“Absorb what is useful, Discard what is not, Add what is uniquely your own.” 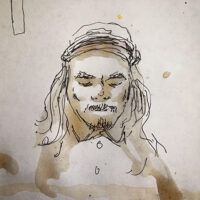 Van began his career as an award-winning still photographer before transitioning to filmmaking. ALL ROADS TO PEARLA (starring Alex MacNicoll, Addison Timlin, Nick Chinlund, and Dash Mihok) and produced by Red Entertainment and goPOP FILMS is his feature directing debut. It world premiered in competition at the 26th Austin Film Festival and is nominated for the 2020 Texas Independent Film Award by the Houston Film Critics Society. Van is also the founding partner and executive producer of goPOP FILMS – a creative content studio and production company representing some of the most exciting directors working today. He has taught at the New York Film Academy (Los Angeles) and UCLA Extension – where he received the 2015 Outstanding Instructor of the Year honor for the Visual Arts Department. He is represented by Zero Gravity Management. 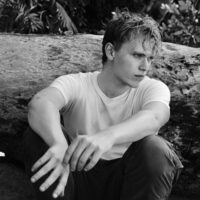 Gilles graduated from The Juilliard School of Drama in 2017. He has appeared in The Path for Hulu and starred in two Netflix series, The I-land and the upcoming Archive 81. His film work includes the features Echo Boomers directed by Seth Savoy and The Islander directed by Zoran Lisinac and Domagoj Mazuran. He made his New York City stage debut in Martin McDonagh’s Hangmenat the Atlantic Theatre in 2018, directed by Matthew Dunster. He starred in Sam Shepard’s Curse Of The Starving Class directed by Terry Kinney at the Signature Theatre in 2019. He is represented by The Gersh Agency in the United States and Independent Talent in the United Kingdom.